Please click this link for the official announcement from AMiAs of the recent transition:

Please click this link to my second blog-
Discipler123: http://discipler123.blogspot.com/

You can also listen to my daily podcast in English and Cantonese through this new site.

The easiest way is to take one hour slot for the whole week. What you need to do is very simple. Choose one dayThe easiest way is to take one hour slot for the whole week to pray for me, my family and my ministry, remembering the ministry of ACiC(ACiC has two Networks: ACiC, Anglican Coalition in Canada and AI, Asian Initiative). You may use the whole hour in prayer or you can still do you work in your office but use as much time as you can to pray and the other time work prayerfully that hour to pray for our ministry. This campaign is also to teach you that you need somebody to pray for you daily. I have been prayed for hourly the past 1,100 days and I have never experienced this kind of peace and protection before. It's just beyond words can express. If I did not listen and obey to Jesus call 1,100 days ago to start this prayer movement, I think I would be pulled into darkness and discouragement already! I deeply believe that this is a way to draw as many participation as we can in prayers. I encourage you to participate. We need you to join us! Trust in the power of prayers!

Please read Amos 7 and listen to what the Lord Jesus Christ would like to tell you before reading my Spiritual Journal below. If you would like to learn a simple and good way of Daily Devotion method please read my “Count Down 5” from this blog. You may click this link directly for the method: Subject Shifting Devotion.pdf. (You may begin with a song to praise the Lord and complete you devotion by singing another praise song.)

Please click this link to worship with us -
Purify My Heart
http://www.youtube.com/watch?v=9Y8zP34AhuU

This chapter tells us two important things:
1. The urgency and importance of prayers
Amos was given two visions of God's impending judgment on Israel.  Both disasters led to a ravaged landscape and mass starvation. Amos interceded for the people and as a result, the Lord delayed his judgment.
We need to know from this chapter the power of prayers and we need to be a prayer warrior constantly praying for this world, our nation, our church, our family and other people.

2. Don't reject God's prophets
Amos' third vision revealed God measuring Israel with a plumb line. A plumb line was a string with a weight tied on the end, which builders used to determine the straightness of a wall.  Israel was found to be out of line and crooked by God's standards, the structure of their nation was in danger of collapsing.  Because they had rejected God's Word and his prophets. One of the example here in this chapter was about Amaziah the priest, representing the people and their leaders, openly rejected God's prophet and his message.

What I got from Jesus today is: Don't reject God's prophets!

What I received from Jesus today is a warning to us if we become those people who always see things negatively and tends to reject God's servants.

Why not more acceptance, more appreciation, more love, more building up of each others?

**Please see the wonderful pictures at the end of this blog of TEC's Sales Office, today's Sunday service and ground breaking ceremony.

Just a few seconds ago I received a Facebook message from Peggy Li, one of a group members in Lucy's group, that she led her father who lives in Beijing to receive Jesus as his Lord and Savior through telephone! Wow! Praise the Lord!

Don't become complacent! Be ready each day to lead someone to Jesus and be willing to be a discipler to help those new Christians to become true disciples of Christ through daily devotion, a daily intimate personal relationship with Jesus.

Dear Lord Jesus,
Help us to not to become complacent but always to have to motivation to lead someone to you and live a lifestyle like you.  In Jesus Name I pray. Amen.

Please click this link to worship with us - The Potter's Hand
http://www.youtube.com/watch?v=JmWafMJOTVM&feature=related 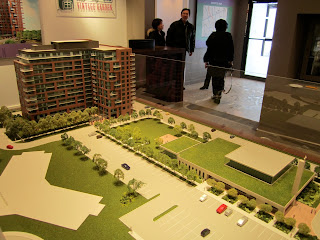 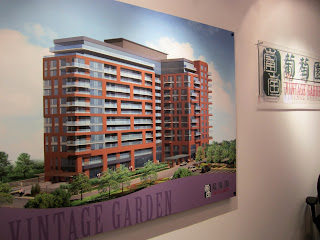 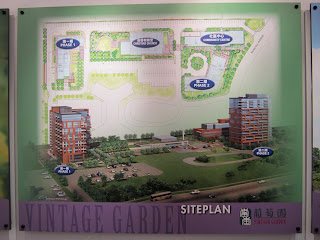 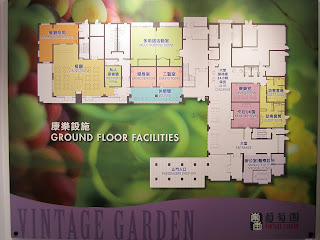 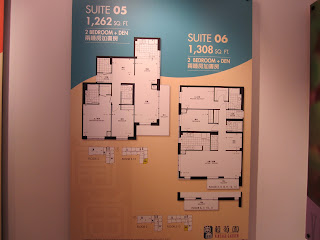 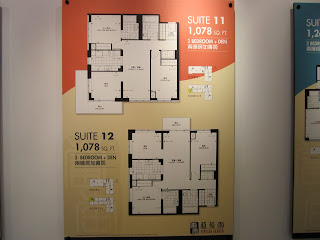 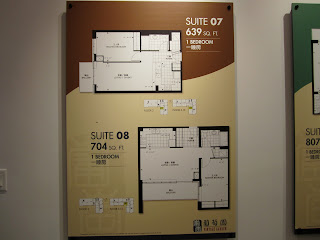 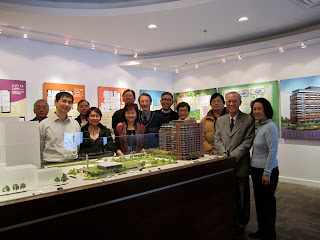 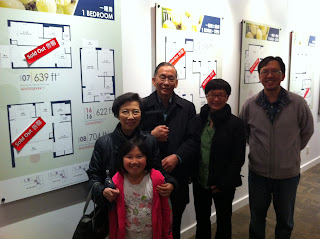 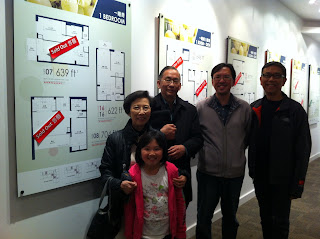 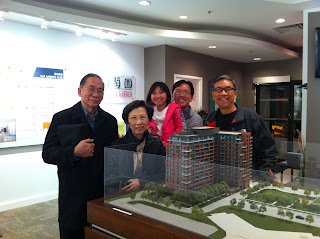 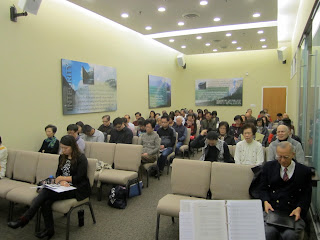 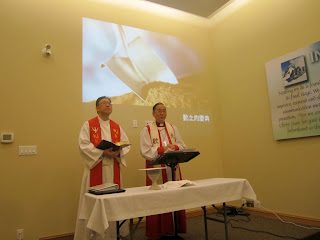 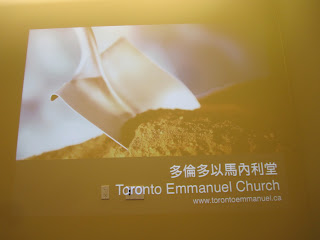 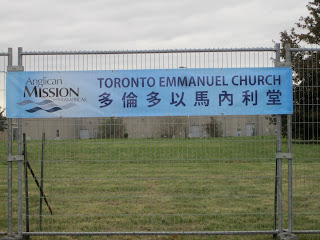 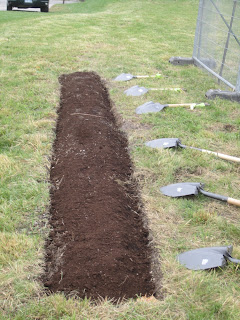 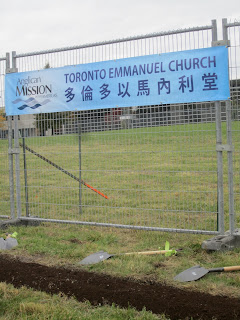 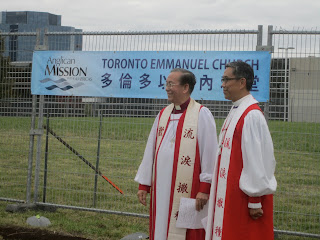 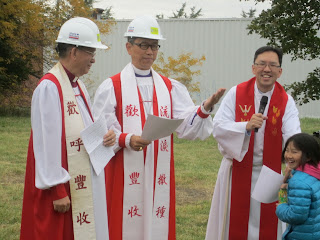 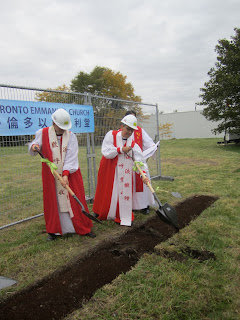 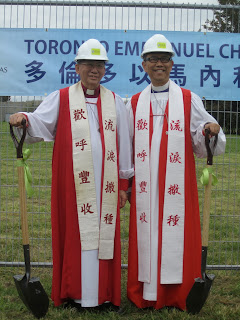 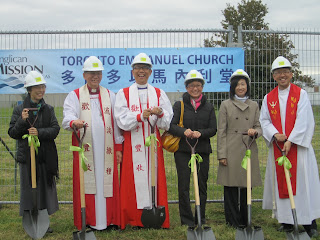 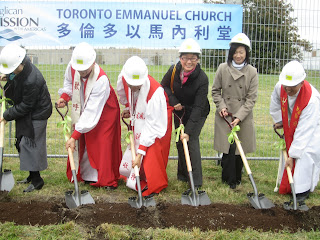 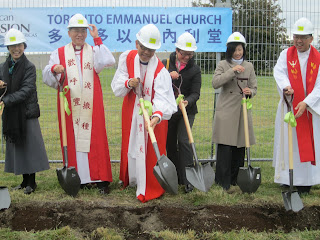 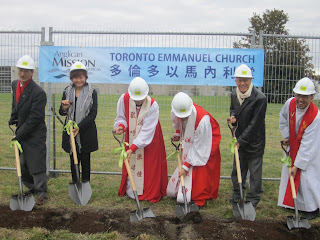 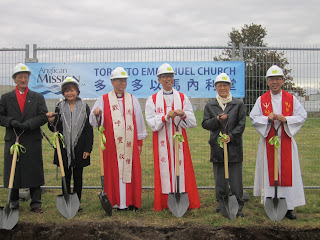 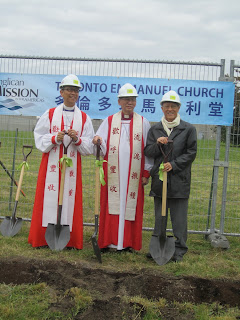 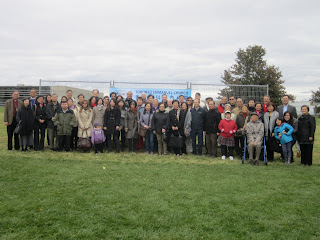