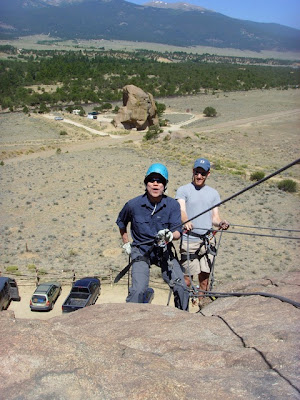 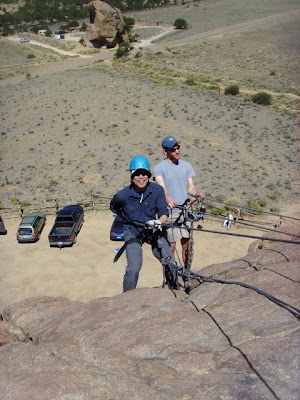 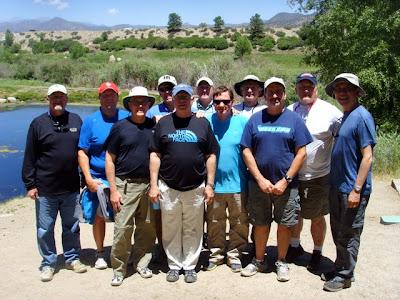 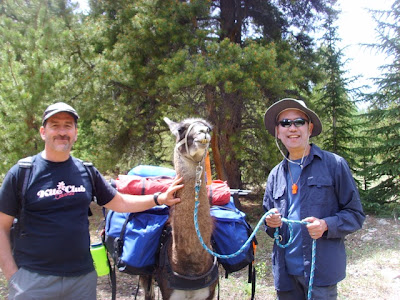 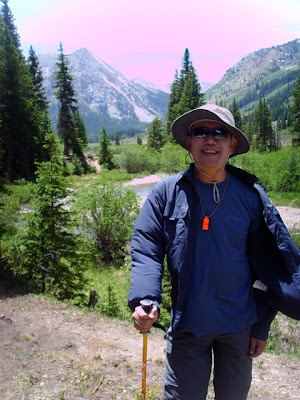 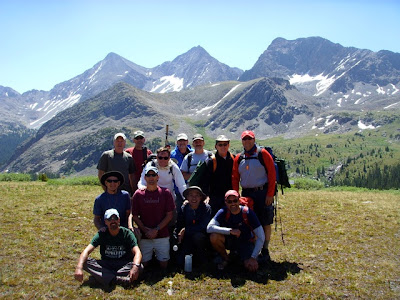 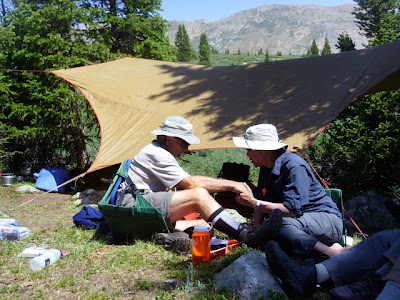 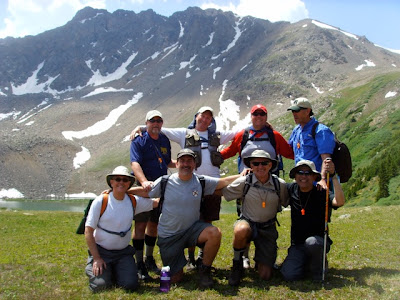 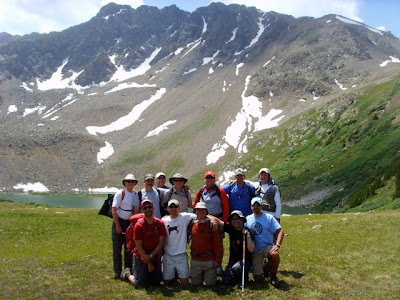 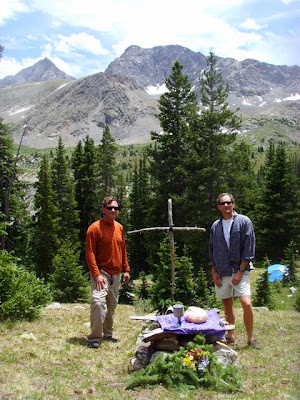 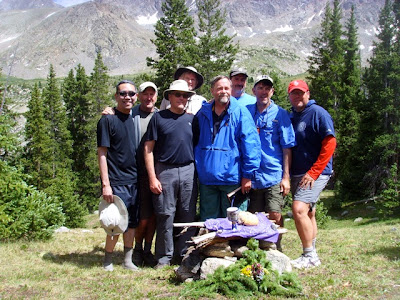 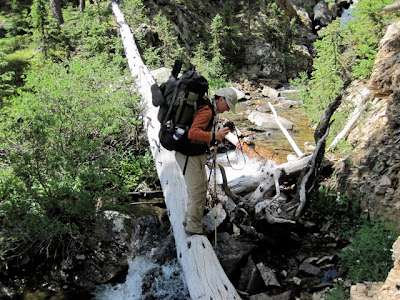 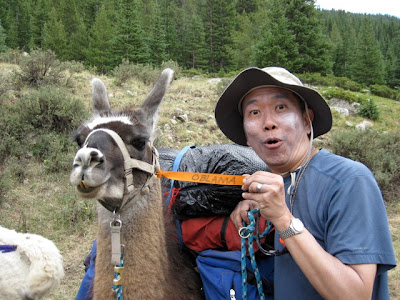 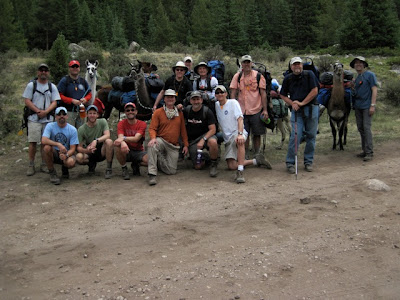 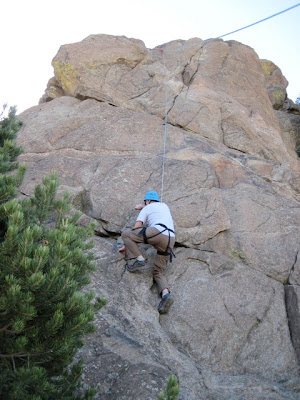 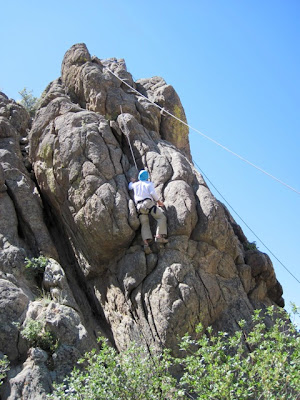 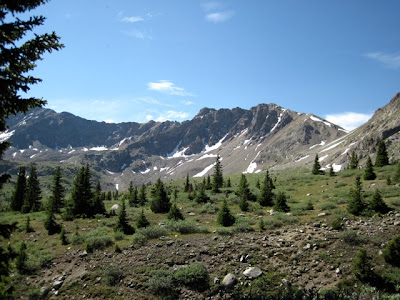 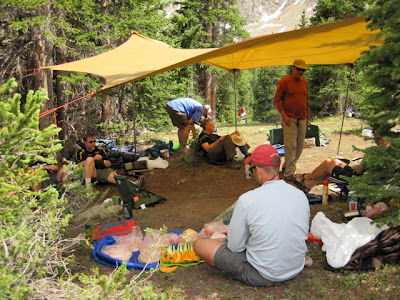 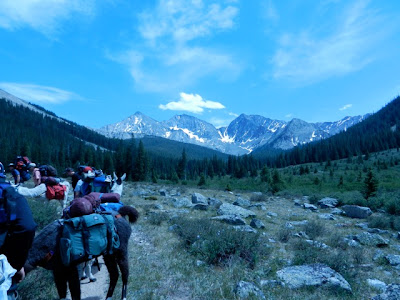 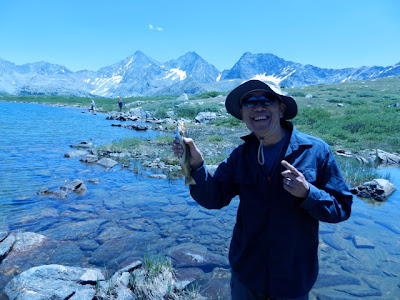 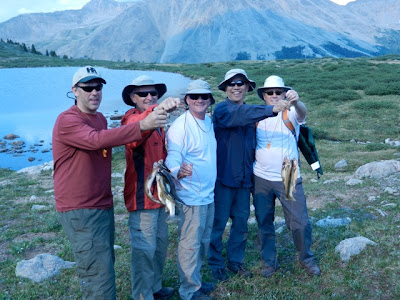 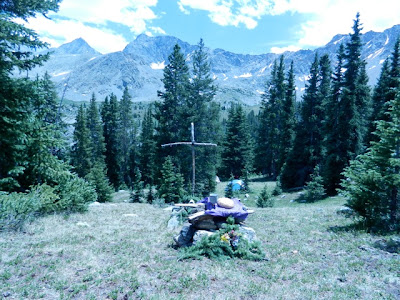 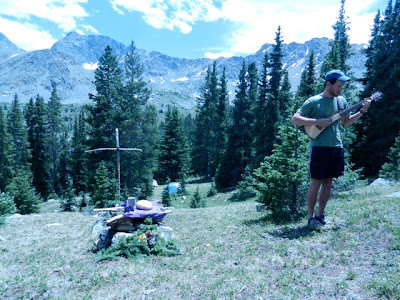 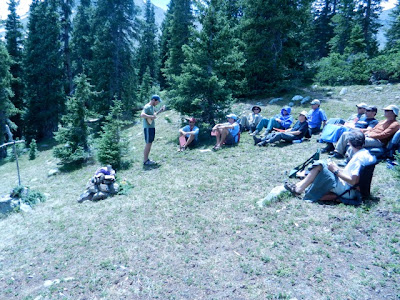 I'm alive and back from our 5 days ACNA and AMiA Bishops' Retreat!
This is perhaps the most difficult, painful but the most joyful and fruitful retreat of my life!
Thanks for the powerful prayers and fasting of you guys that everyone in the retreat came back healthy, renewed and united with a David and Jonathan brotherly love! Lots of time in the camp I felt a very strong sense of your prayers supporting me and I couldn't stop from tears suddenly. I felt that most strongly in the hours from 12p.m. to 2p.m.. Do you guys use your lunch time to pray for me? If so, please tell me so that I know that is true. There are at least three days at that time I felt like floating by your prayers.
I had a kind of feeling on Monday night when I was at the hotel in Denver that I need to buy two pack on Advil and one pack of Cold and Flu pill after I took two Advil on Tuesday night(June 19)when I got cold that night. And so I really got cold on Friday and Monday(two days ago) and cold and flu Sunday night!!! I think it must be your prayers that I was OK all four times, no fever or any painful feeling after having those pills. But that's four times! God is good! All the time! And thank you for your prayers! Your prayers save my life and do something miraculously to this retreat!
There are three key moments in this retreat:
1. Reconciliation - David and Jonathan's love
Paul says, " if anyone is in Christ, he is a new creation; the old has gone, the new has come!"
The power of the Holy Spirit was so intense all through the past seven days. There was a holy "moment" that Bishop Trevor Walters and I said sorry to each others and asked forgiveness to each others. Since 2004 after we separated from ACiNW when Trevor was then the Chairman and we established ACiC, Trevor and I had some major misunderstanding, hurts, pains and separation. Every curse was broken at that time when we reconciled in the bus to white water rafting. I was so moved that Trevor said to me, "Silas, from now on I am your Defender, I will defend you, your integrity and your everything!" As said by all bishops and helpers in this retreat, this was one of the most important "moments": a sign of God given to us as the sign and fruit of this retreat to revive this David and Jonathan's love between ACNA and AMiA!
2. Moment, Momentum and Movement
God has given the Anglican Communion especially AMiA and ACNA a movement in North America. But because we stepped into Satan's cunning plan in several confusing "moments" causing major misunderstanding, pain and separation, the momentum is being dragged and stuck, and the Movement is being pulled back. We need from now on to catch that holy "moment" to reconcile, revive and renew so that we can create wave after wave of momentum that this Godly Movement can come at last. This is His Kingdom plan and as said by Mark(the professional counsellor that each of the bishops have two sessions with), "It's not the Brand, it's the Bride!" God planned this retreat more than a year ago, half a year before the Rwanda crisis came out. So, this retreat is beyond ACNA or AMiA business, it is God's Kingdom plan!
3. Emmanuel
Emmanuel means "God with us". Through these past seven days we all feel the strong presence of God so that we can throw away all our past misunderstanding and everything dragging us. We need to let this Emmanuel experience carry on in blessing ACNA and AMiA. We all agree that we need ACNA and AMiA for this Godly Movement in North America.
So, let's pray and fast that from now on we can catch God's holy "moments" to let the momentum and the movement happens in His Kingdom plan!!!
God is good! All the time!
**Some one told me I somewhat look like President Obama and Bishop Folly Beach and me were given a lama "Oblama" to take care of for the past five days! See the first fish I caught first time of my life! Wonderful! I caught two, they are trout, very tasty!
Please click this link for the official announcement from AMiAs of the recent transition:
http://www.theamia.org/anglican-mission-reorganization-documents
http://www.theamia.org/new/news/

Please click this link to my second blog-Discipler123:http://discipler123.blogspot.com/
You can also listen to my daily podcast in English and Cantonese through this new site.
**1000 DAYS of prayers now!!!
Please sign up for the new 10th 100 days 24 hours prayer campaign,
I need your prayers!!! Please click link below.
**NEW link for the 9th 100 days 24 hours prayer campaign (from May 17 to August 24, 2012).
Today's Reading: Jeremiah 38
Please read Jeremiah 38 and listen to what the Lord Jesus Christ would like to tell you before reading my Spiritual Journal below. If you would like to learn a simple and good way of Daily Devotion method please read my “Count Down 5” from this blog. You may click this link directly for the method: Subject Shifting Devotion.pdf. (You may begin with a song to praise the Lord and complete you devotion by singing another praise song.)

Pray for one ACiC/AI church one day at a time:
Church of Our Lord, Comox